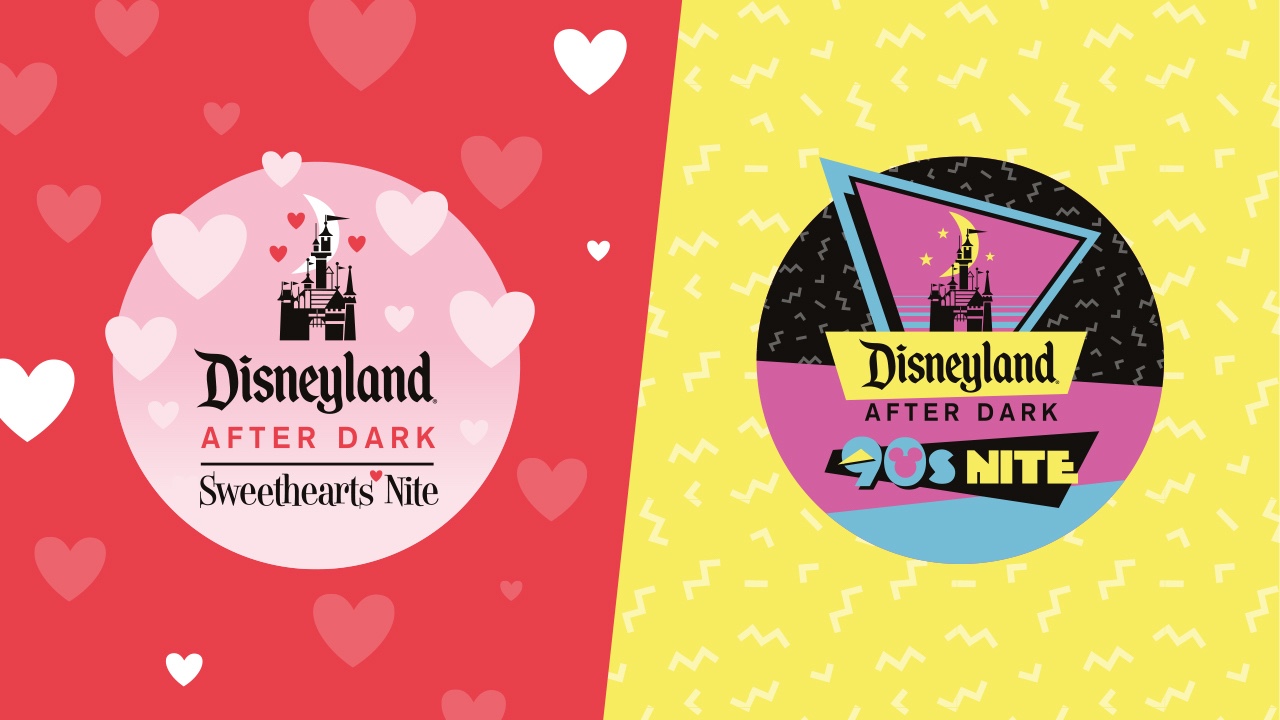 After Dark ticket holders are invited to enter Disneyland at 6 p.m. for “mix-in” park access directly preceding the event. Special character engagements and select attractions and eating venues will be available for event guests.

It’s a week early, but how and where better to celebrate Valentine’s Day than with your sweet special someone at The Happiest Place on Earth? Romance shall abound, certainly at the table service restaurants, the night of February 7. Here’s what’s in store:

• Love song-themed dance parties throughout the park, as well as a “Royal Ball” experience.

• Encounters with beloved Disney couples, including Eugene and Rapunzel, Aladdin and Jasmine, and of course, Mickey Mouse and Minnie Mouse.

• Unlimited Disney PhotoPass digital downloads of your photos captured during the event.

Want your kids to finally see how awesome that decade you are endlessly referencing truly was? On March 7, bring the family to Disneyland park, then ditch them*, ’cause it’s the way we did things back then. The park will be simply psychedelic with the following:

• A re-imagined Disney Afternoon Avenue with special greetings from favorite Disney characters from the ’90s and interactive photo opportunities.

• A commemorative fanny pack and unlimited Disney PhotoPass digital downloads of your photos captured during the event.

Visit Disneyland.com for more details and pricing. Parking fees are not included in the ticket price. A limited quantity of tickets for both events will be available beginning next week:

Nov. 28: Tickets on sale to the general public

Disneyland To Offer Tickets For $70 Per Day In Early 2019