Sightings of Kevin from Disney•Pixar’s ‘Up!’ Reported at Disney’s Animal Kingdom
Advertisement

UPDATED: Boma - Flavors of Africa to Reopen Friday as Buffet 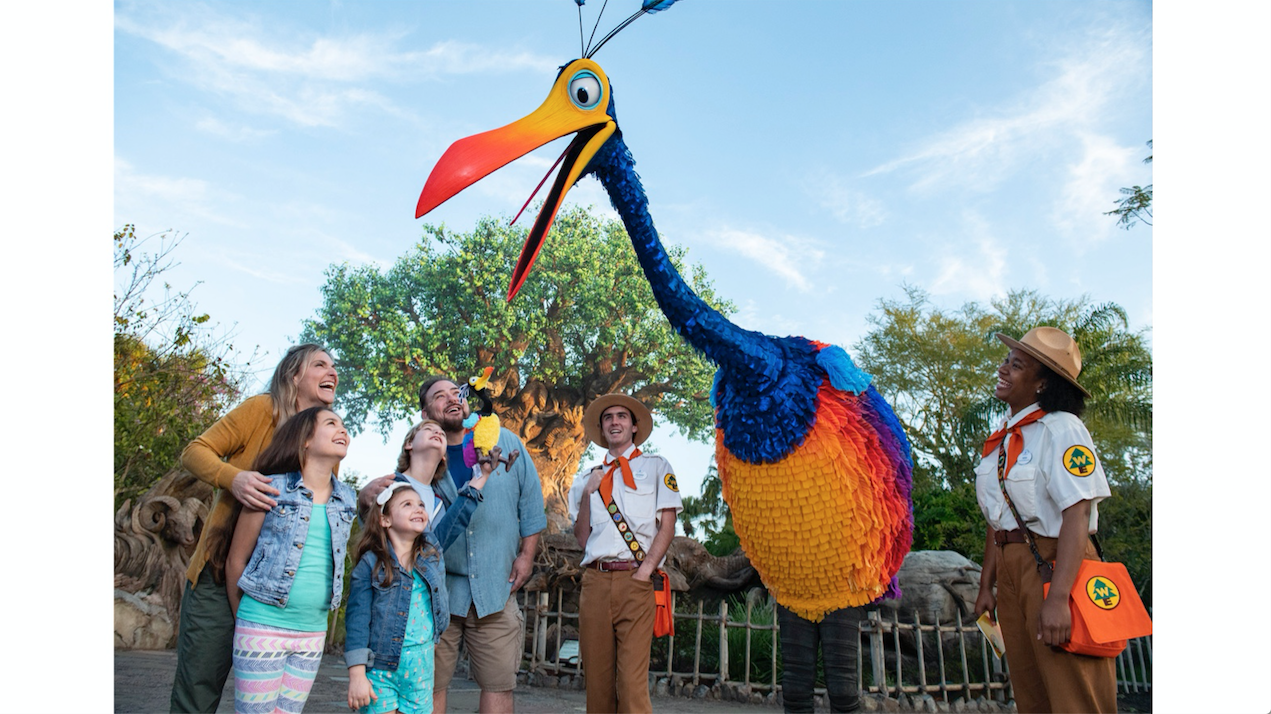 The exotic bird known as â€œKevin,â€ from Disneyâ€¢Pixarâ€™s â€œUp!,â€ appears to have migrated north from Paradise Falls to the direction of Disneyâ€™s Animal Kingdom. As you can see from this exclusive footage, it looks like sheâ€™s been spotted on the parkâ€™s Discovery Island!

Did you know that one out of five birds â€“ over 2,000 species â€“ migrate from one geographic location to another every year? According to our friends with Disneyâ€™s Animals, Science and Environment team, many of those birds pass through Walt Disney World Resort on their travels. Nearly one-third of the resort serves as an important corridor for many species, such as purple martins who spend their entire winter here and raise a family before returning home to Brazil. To learn more about migratory birds, visit DisneyAnimals.com.

It’s also been discovered that this adorable plush version of Kevin arrives in mid-February at select merchandise locations in Disneyâ€™s Animal Kingdom, such as Island Mercantile and Discovery Trading Co. Youâ€™ll definitely want to pick up one of these cuties. Itâ€™d be the perfect companion on your next wildlife adventure, spotting birds and other animals â€“ at Disneyâ€™s Animal Kingdom or right in your own backyard!