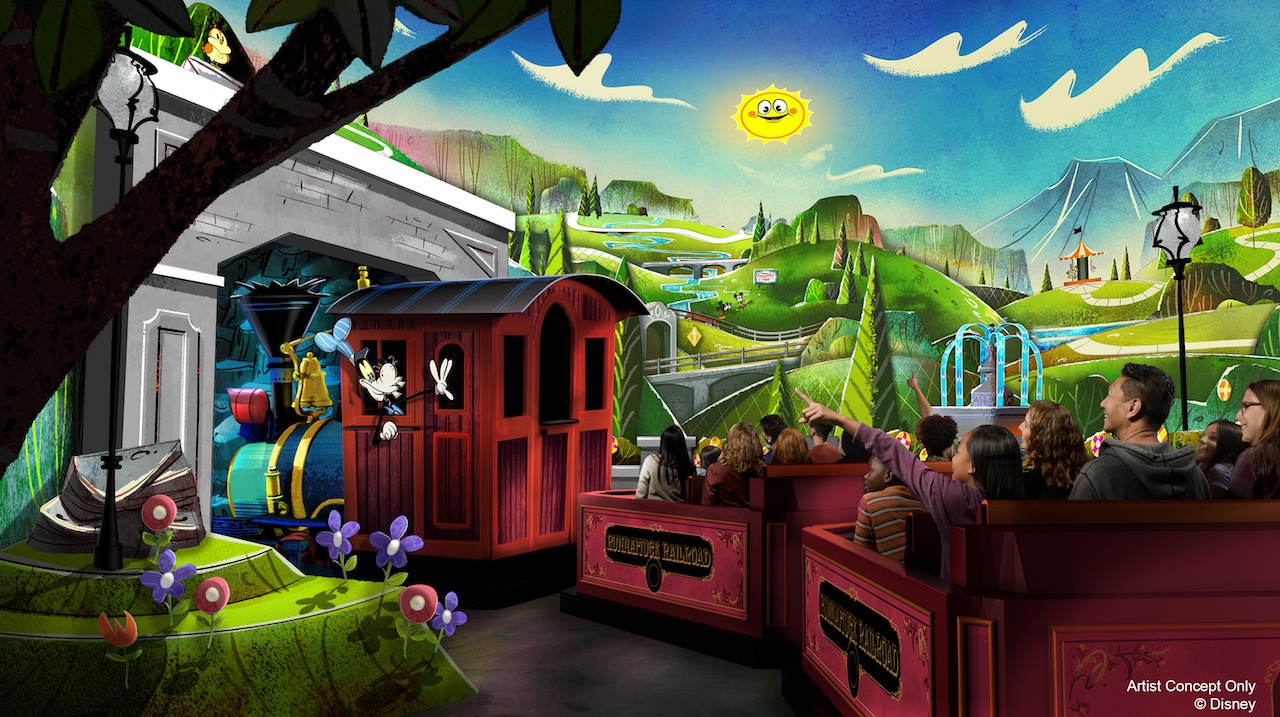 The rumors were correct! Disneyland park guests will be able to step into a cartoon world and join Mickey and his friends on Mickey & Minnie’s Runaway Railway, coming to Mickey’s Toontown in 2022!

According to the Disney Parks Blog “This first major Mickey-themed ride-through attraction at Disneyland park will put you inside the wacky and unpredictable world of a Mickey Mouse cartoon short where anything can happen! Once you step into the cartoon world of Mickey and Minnie, you’ll board a train with Goofy as the engineer. Then, one magical moment after the next leads you to a zany, out-of-control adventure filled with surprising twists and turns.

Disneyland Resort President Josh D’Amaro shared a fun photo of him getting a sneak peek of the plans!