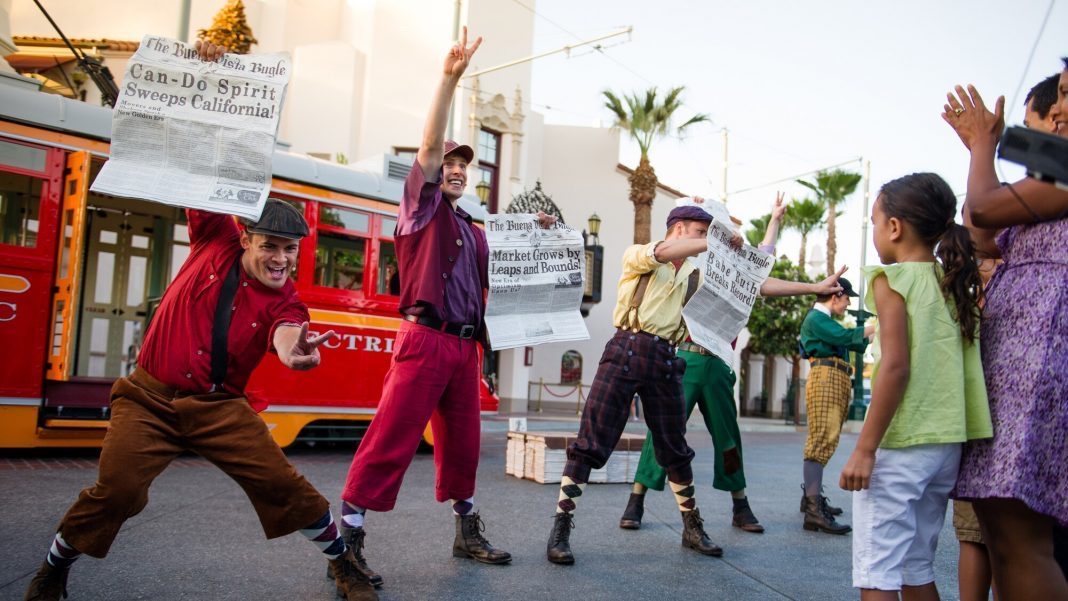 The Red Car Trolley News Boys show at Disney’s California Adventure seems to be leaving the station at the end of this month, according to a statement Disney made to MiceChat which also appears on blogmickey.com. The show, which runs multiple times each day at the Park, has been modified since April to not include the Red Car Trolley. Originally, the Red Car Trolley would carry the News Boys along the route from Hollywood Land to Carthay Circle for their performance, but with the commencement of construction of Marvel Land, the actual Trolley has not been used.

Disney described to MiceChat the difficulties faced in continuing the News Boys show while Marvel Land construction progresses, and confirmed the show’s closing:

“When Marvel construction required us to close the Red Car Trolley, we sought out a way to continue offering an adapted entertainment show for our Guests. However, as construction continues, and based on current viewership trends and the needs of the business, we have decided to close the show at this time.

Without the trolley, the show just didn’t offer the same value to guests.”

Although Disney seems to have left the Trolley door open to possibly bring the show back at a future time with that statement, it seems that it would not happen until the Red Trolley itself could return with the News Boys aboard. The Red Trolley is currently projected to start rolling again next year.