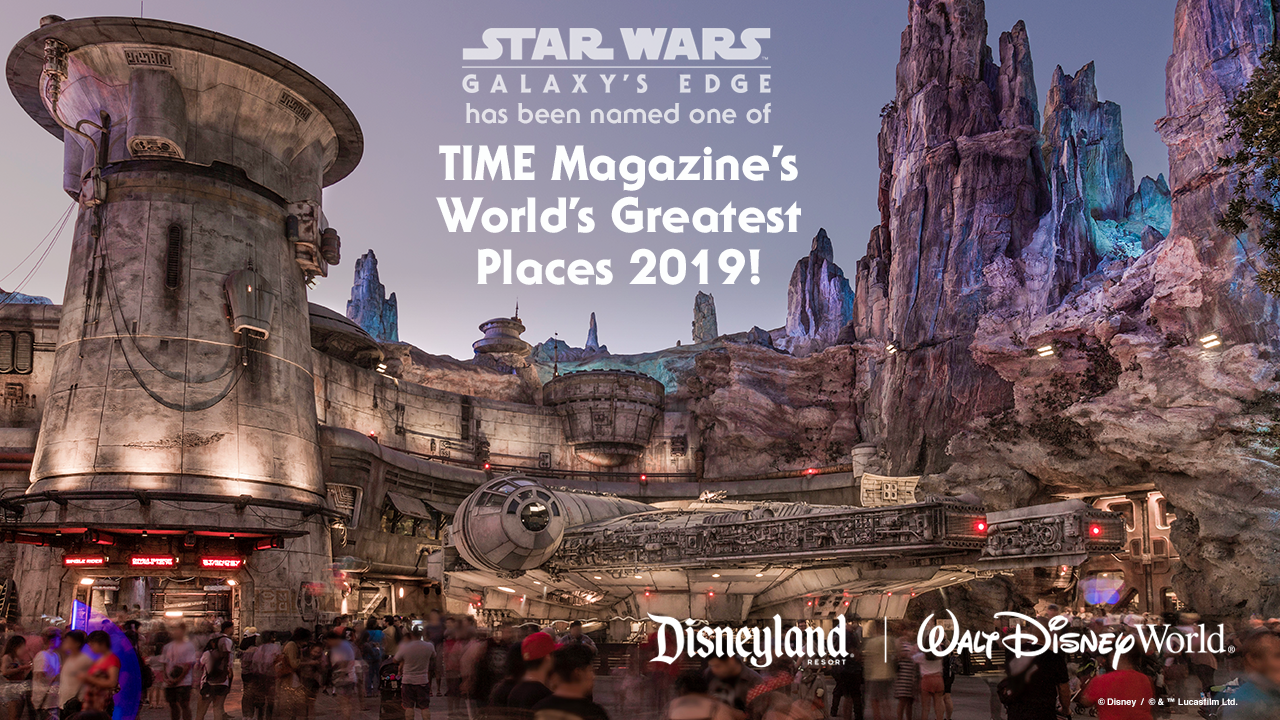 We’re excited to share that Star Wars: Galaxy’s Edge has been named one of TIME Magazine’s World’s Greatest Places 2019. This annual list recognizes 100 destinations around the world that are breaking new ground, leading industry trends and offering guests an experience that’s unlike any other.

Since opening at Disneyland Resort on May 31, Star Wars: Galaxy’s Edge visitors have been transported to a galaxy far, far away as they visit the largest single-themed land in Disney parks’ history. The land has quickly become a guest favorite, with visitors raving about the many immersive experiences to explore on the remote planet of Batuu, including blasting across the galaxy aboard Millennium Falcon: Smugglers Run – already one of the Disneyland Resort’s top-rated attractions that recently welcomed the one millionth member of Hondo Ohnaka’s flight crew!

TIME Magazine measured the land across quality, originality, innovation, sustainability and influence, and as we countdown to the opening of Star Wars: Galaxy’s Edge at Walt Disney World Resort on Aug. 29, we look forward to giving even more of our guests the opportunity to explore the experience-based storytelling of this one-of-a-kind land.

Live your own Star Wars adventure by visiting Star Wars: Galaxy’s Edge, now one of the world’s greatest places! And stay tuned for exciting coverage of the land’s debut at Walt Disney World Resort next week.

Disney Gives a First Look at Inside Rise of The Resistance at Star Wars: Galaxy’s Edge

Dressing for Your Visit to Star Wars: Galaxy’s Edge at Disney’s Hollywood Studios