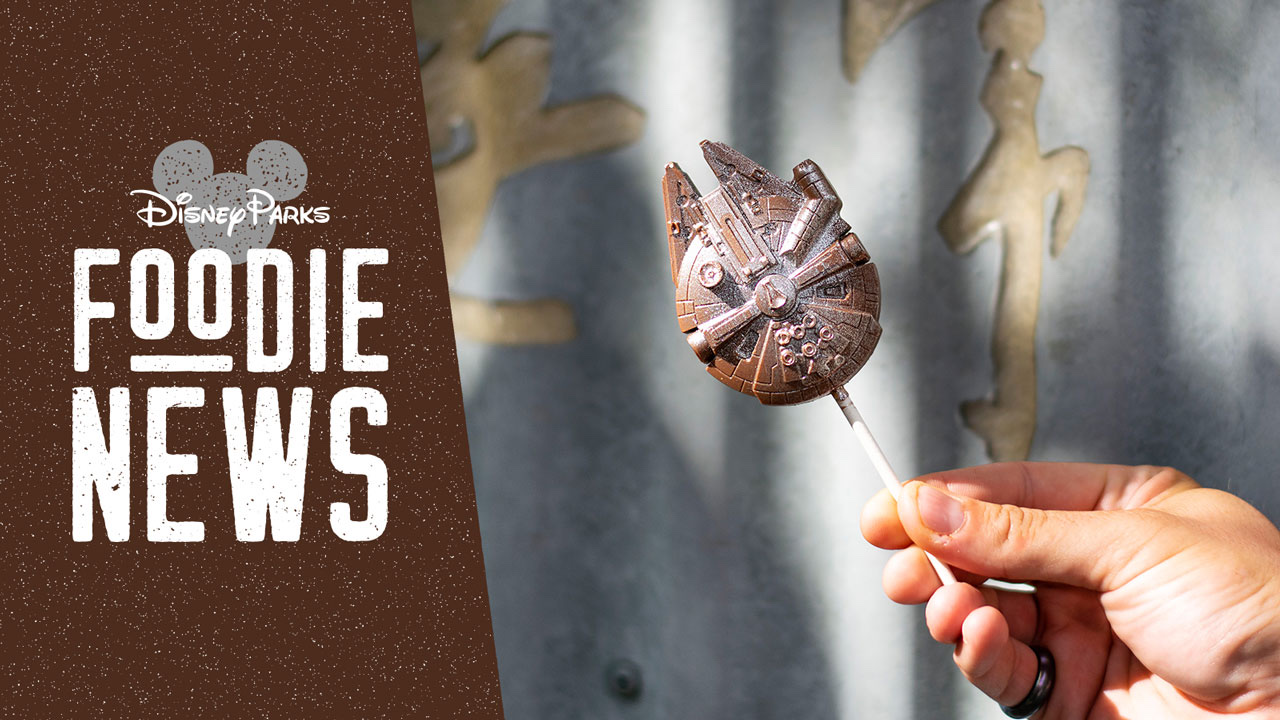 With Star Wars: Galaxy’s Edge officially opening this week at Disney’s Hollywood Studios, the Walt Disney World Resort hotels are joining in on the galactic celebrations with their own special eats and treats! Each of these offerings are only available for a limited time, so be sure to swing on by before they disappear!

Chewbacca Chocolate-Hazelnut Cupcake – Available now through Sept. 21 at Everything POP Shopping and Dining at Disney’s Pop Century Resort and Landscape of Flavors at Disney’s Art of Animation Resort

A chocolate cake filled with caramel custard and topped with chocolate buttercream fur and a chocolate sash.

A milk chocolate lollipop shaped like the Millennium Falcon.

Full-sized dome cake available for pre-order with options of 4 different flavors. For more information or to place an order, call (407) 934-3500 or swing by the shop at least 72 hours in advance.

The Dark Side Dessert – Available Aug. 29-Sept. 29 at the Beach Club Marketplace and the Market at Ale & Compass at Disney’s Yacht & Beach Club Resort

Red velvet cake with cream cheese swirl and chocolate ganache on top of a sugar cookie.

In addition to our hotel offerings, Disney’s Hollywood Studios is offering a few special Star Wars–themed items too! This includes the return of the popular Lightsaber Churros as well as the debut of a few new items like the Resistance Shake and the Galactic Funnel Cake.

Even More Information About the Historic Transformation of Epcot