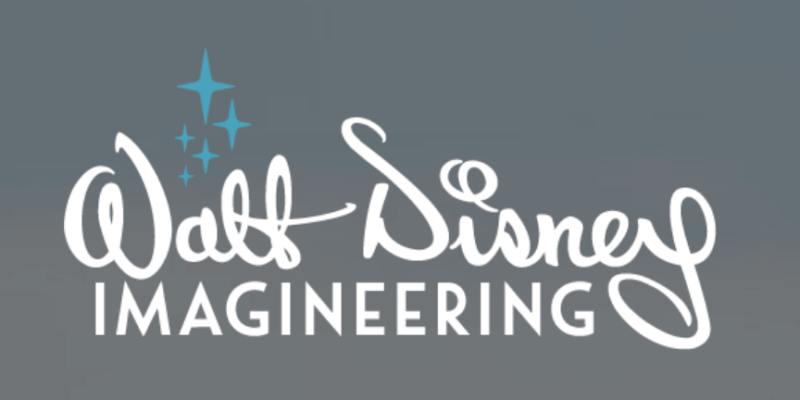 With the highly-anticipated launch of Disney+ finally arriving this morning came the debut of the Disney+ docuseries,The Imagineering Story. Disney fans nationwide have been anxiously awaiting this six-part series, which not only shares the history of the Walt Disney Imagineering Department, but also the stories of the creative and dedicated Imagineers that bring the world of Disney to life. In addition, viewers will get a special, ‘behind-the-Magic’ glimpse into upcoming attractions at the Disney Parks!

To commemorate the launch of this Disney+ series, Walt Disney Imagineering has released its new company logo, as well as redesigned its company website!

This simple, elegant design invokes the autograph of “the Man behind the Mouse,” Walt Disney himself, with white lettering appearing on a grey background and just a sprinkling of blue stars. Striking both classic and modern notes, the logo is both a reflection of Disney past and contemporary Disney style as well.

The new Walt Disney Imagineering website features a chronological timeline depicting the history of the Department, allowing readers to learn about the development of the Imagineering Department from its creation to present day. From The World’s Fair and Disneyland, to Walt Disney World, to Disney Parks around the world, the website provides an in-depth look, from concept to creation, into many of Disney’s beloved and iconic attractions. Disney fans are also given special insight into the Imagineering process of developing new lands at the Parks, such as Pandora-The World of Avatar and Star Wars: Galaxy’s Edge.

Totally Disney-Geeking out and can’t wait another minute? Check out the Walt Disney Imagineering website here: https://sites.disney.com/waltdisneyimagineering/ . And binge The Imagineering Story by subscribing to Disney+ now! ‘The Vault’ is open, at www.disneyplus.com!

Disney+ Subscriptions to be Sold in Disney Parks

Disney+ to Launch Earlier Than Expected