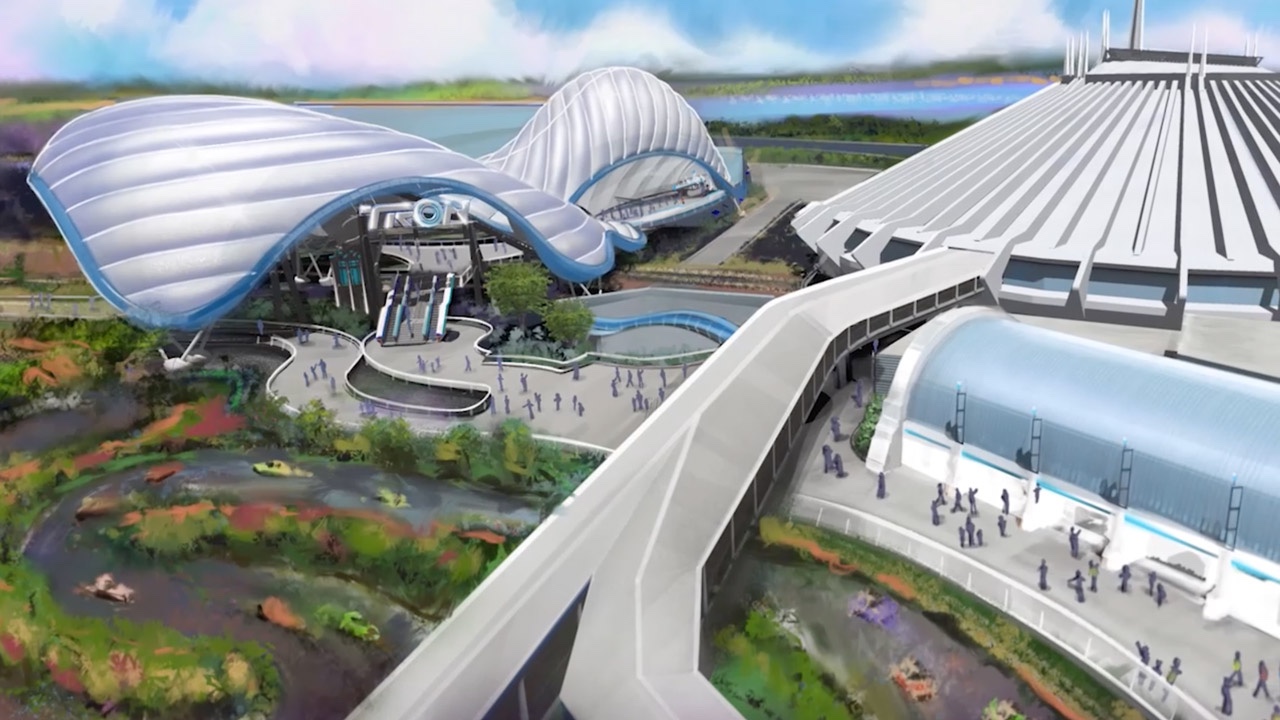 Earlier this month, Walt Disney Imagineers and Magic Kingdom Park cast members celebrated a milestone in the construction of the TRON Lightcycle / Run attraction, when the final piece of the attraction’s ride track was lowered into place.

TRON Lightcycle / Run is a coaster-style attraction that will allow riders to board a train of two-wheeled Lightcycles for a thrilling race through the digital frontier. A similar attraction exists at Shanghai Disneyland, where it opened in 2016, and became an instant guest-favorite.

TRON Lightcycle / Run is set to open at Magic Kingdom Park in time for Walt Disney World’s 50th anniversary in 2021.

Star Wars: Galaxy’s Edge to Close Early on December 4th for the Rise of the Resistance Media Event