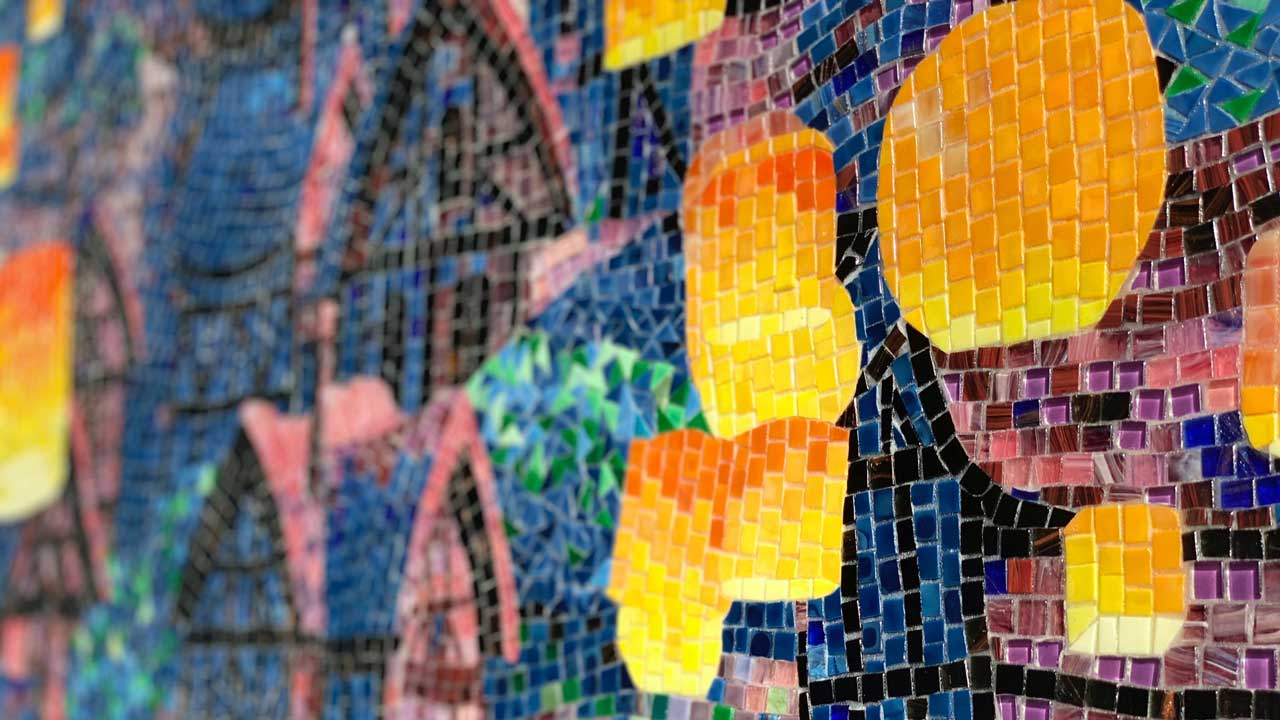 We’re just a short time away from opening the doors to Disney’s Riviera Resort, the newest resort and Disney Vacation Club property coming to Walt Disney World. The excitement is building as all of the finishing touches and details are coming into place.

We previously gave you a first look at a walkway tunnel at Disney’s Riviera Resort that features two spectacular mosaic murals. In that earlier sneak peek, we revealed that the magical scene of one mural is London at night, with Peter Pan, Wendy, Michael and John flying off to Never Land.

Today, I’m elated to reveal to you the second mural that depicts Rapunzel’s floating lantern scene from “Tangled.”

If you noticed the connection to flight in both murals, you have a keen sense of storytelling. Both of the mosaics – Rapunzel’s floating lantern scene and Peter Pan soaring over the London sky – celebrate flight. So it’s no coincidence that this tunnel walkway leads to the Disney Skyliner station at Disney’s Riviera Resort, where guests can step aboard and glide across the sky by aerial gondola to destinations across Walt Disney World Resort.

More than 1 million hand-cut tiles were laid by hand to create this stunning work of art that rises 20 feet in the air and is joined at the ceiling by a shared mosaic sky. These are just some of the intricate and thoughtful details you’ll notice throughout Disney’s Riviera Resort. We can’t wait for you to discover more!

Disney’s Riviera Resort is under construction now and projected to open Dec. 16, 2019. For more information or to make hotel reservations, visit the Walt Disney World Resort website or call 407-939-7762 or your travel agent.

Disney to Livestream Dedication of Star Wars: Rise of the Resistance