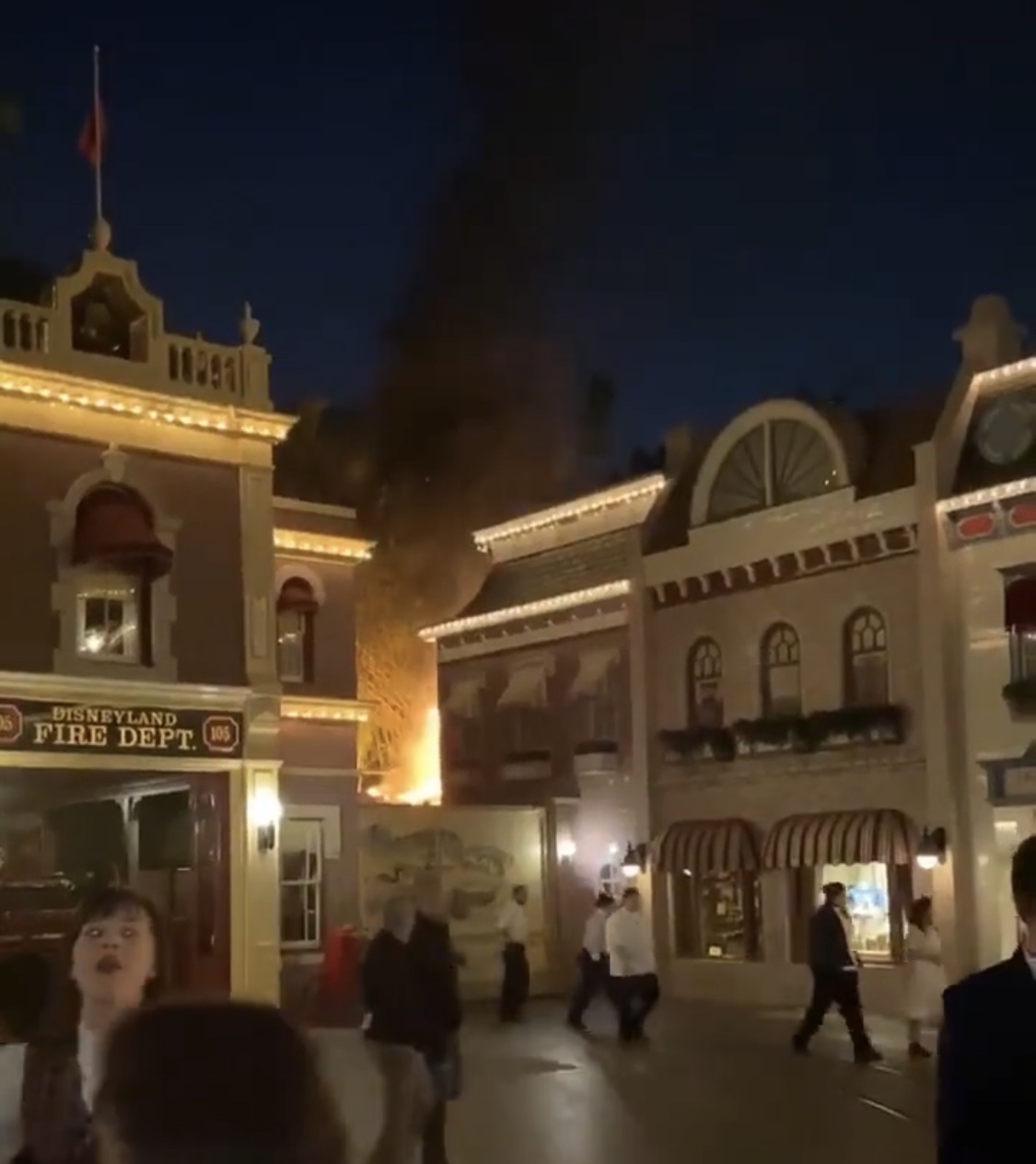 In a statement, a spokesperson for the California Division of Occupational Safety and Health, Frank Polizzi, stated: “The fire was related to a generator supplying power to a building.”

It appears that a fire has broken out in a backstage area behind the Fire Station on Main Street that may be connected to the loss of power to portions of the park.

According to ABC7, Anaheim Fire and Rescue Department crews arrived on the scene and quickly put the fire that erupted just after 6:00 PM Thursday evening.

Thankfully no guests or Cast Members were injured and property damage seems to be minimal.

Fire has started at @Disneyland please stay safe everyone. #disneyland all of Adventureland and Main Street has shut down pic.twitter.com/I8Lt5ImrpD

In videos posted to Twitter Cast Members can be seen calmly ushering guests out of the affected areas, in some cases guests were guided out by Cast Members with only flash lights for light.

Cast members are doing an amazing job of keeping everything calm and orderly. #Disneyland pic.twitter.com/YZq5jObgHU

Electricity is shut off in certain parts of Frontierland and Adventure land due to the fire. #Disneyland pic.twitter.com/mcvYnqXNy5

We will update this story as the situation develops.