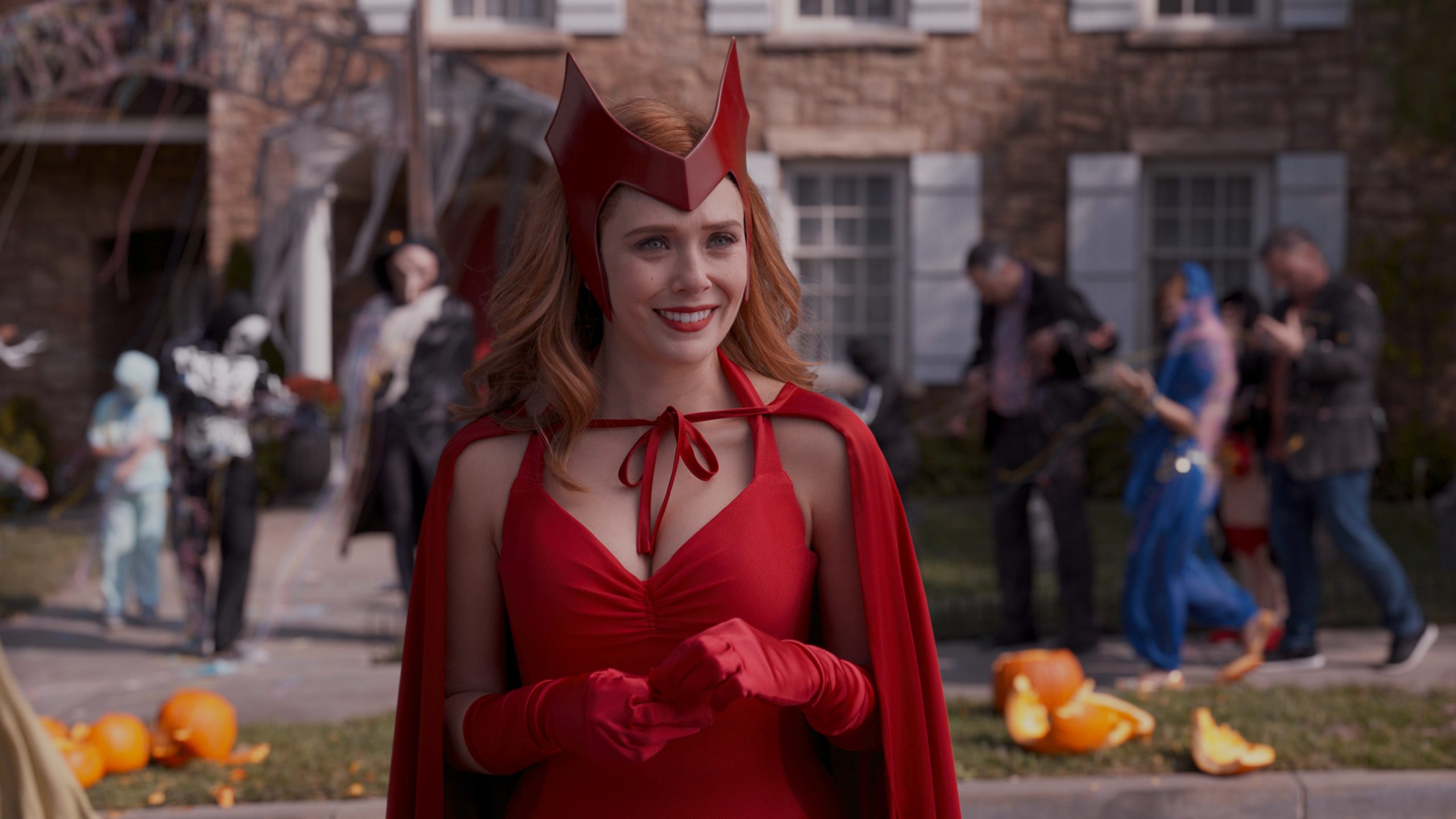 This week’s episode of WandaVision is a Halloween Spooktacular and WOW is that name appropriate! After recasting Pietro in the last episode things begin to get weird. Wanda is as controlling as ever although she seems to be trying to hide it – nevermind the slip up early in the episode. Also, Pietro is the Uncle Jessie of this sitcom, quickly befriending Billy and Tommy, who thinks he’s “so cool.”

Meanwhile, outside the Hex (that’s what we’re calling it now, the Hex. Or at least that’s what Darcy is calling it) the Director of S.W.O.R.D. wants to turn up the heat on Wanda and eliminate her, hoping that that will put an end to the Hex, although his colleagues are less sure.

So that’s the set up, I won’t reveal any more to preserve your viewing experience.

Character development is handled really well in this episode and we get a nice window into Wanda’s thinking thanks to Pietro, although all is still not revealed. I can’t talk much about Vision, that would spoil things for you. Just put down whatever you’re doing and watch it immediately

What Else to Watch?

Here’s everything else new you can watch TODAY on Disney+

Inside Pixar: Portraits *Disney+ Original
Life Below Zero: The Next Generation (S1)
Marvel Battleworld: Mystery of the Thanostones (S1)
Marvel’s Behind the Mask

WATCH: Disney Releases New Trailer For “The Falcon and The Winter Soldier” on Disney+