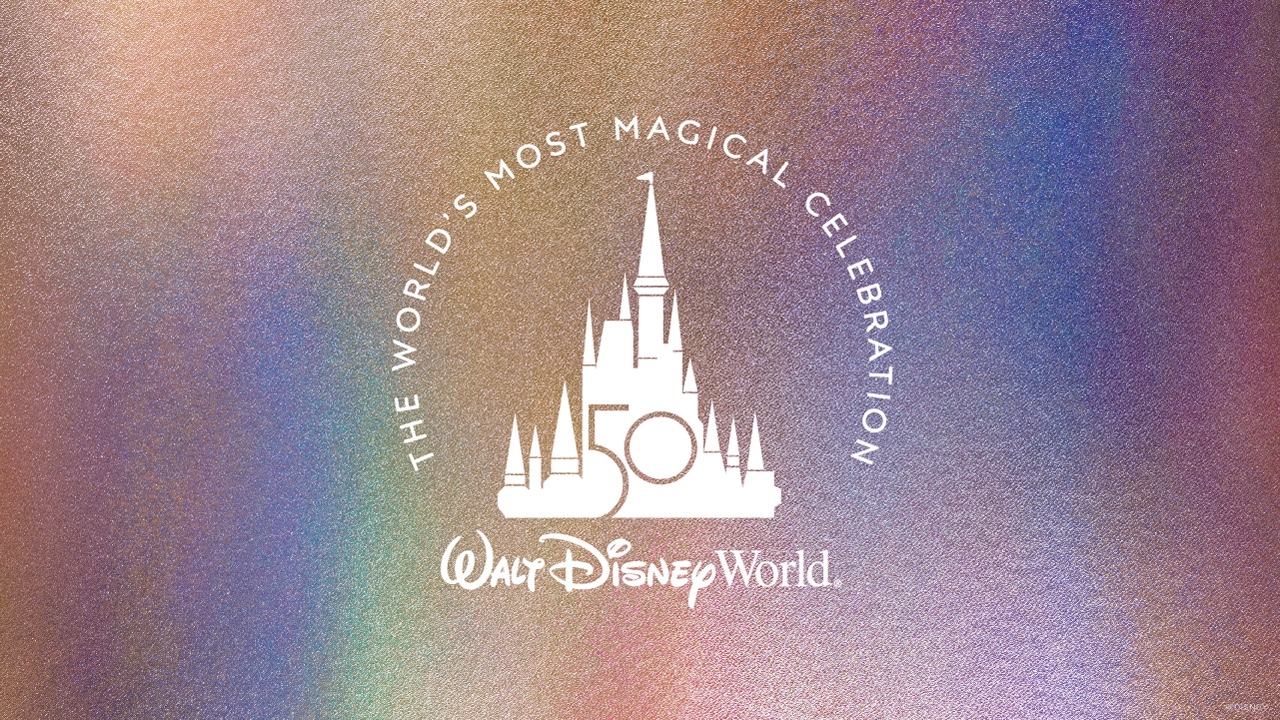 Beginning Oct. 1, Walt Disney World Resort will throw “The World’s Most Magical Celebration” in honor of our 50th anniversary, bringing new experiences to our four theme parks and beyond. This milestone is such a big deal, we’ve even coined a new word – “EARidescence” – to describe what you’ll see when you visit. Our Disney teams are creating all sorts of new decorations that will shimmer and sparkle all day and into the night.

As part of the celebration, Cinderella Castle at Magic Kingdom Park will add to its royal makeover from last year. As you can see in this new artist rendering, the castle will feature golden bunting and a 50th anniversary crest as part of its festive new look.

The castle will add even more magic at night, joined by icons at each of the other three theme parks as they transform into Beacons of Magic. In the video above, you can get a feel for what they’ll look like, with pixie dust on Cinderella Castle, magical fireflies inhabiting the Tree of Life at Disney’s Animal Kingdom Theme Park, and special new touches coming to life on the Hollywood Tower Hotel at Disney’s Hollywood Studios.

And at EPCOT, new lights will shine across the reflective panels of Spaceship Earth, connecting to one another and resembling stars in a nighttime sky. This permanent new lighting will continue beyond “The World’s Most Magical Celebration” as a defining feature of the park.

You’ll also want to keep an eye out for Mickey Mouse and Minnie Mouse, who will have sparkling new looks for the celebration. As hosts of the event, they’ll be dressed for the occasion in custom-made fashions of EARidescent fabric with gold highlights.

In anticipation of this exciting time, Disney recently went out across Walt Disney World to talk with guests and Disney cast members about what a magical celebration would mean to them and why they love being here so much. This new video captures a lot of the emotions we’re feeling right now as we prepare for our 50th anniversary:

We’ll have more to share about Disney’s plans for “The World’s Most Magical Celebration” in the future as we ramp up to the big day on Oct. 1, and then will be chronicling all the magic to be found during the 18-month-long event. So keep checking back here for the latest updates on what promises to be something to remember for the next 50 years.