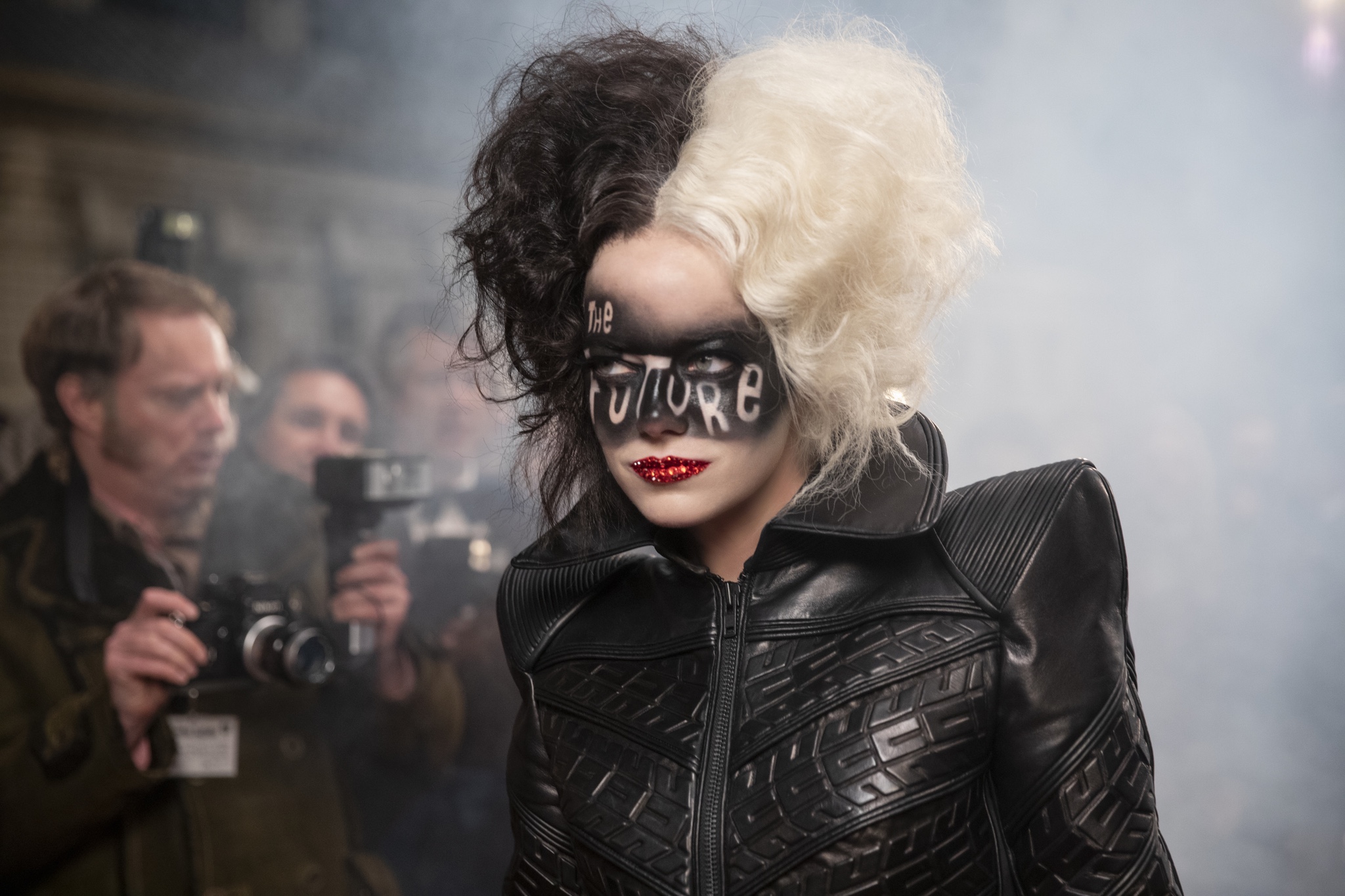 On Friday, May 28th movie lovers around the world can see Disney’s latest masterpiece in theaters or on Disney+ with Premier Access. And this movie is a true masterpiece that will subvert audiences expectations about what a Disney movie even is.

This film fires on all cylinders from beginning to end, from costuming to visual effects, plot to tone, this movie is a wild ride.

CRUELLA stars Emma Stone as the titular character, only she doesn’t start out that way, Estella experiences a metamorphosis throughout the movies 133 minute run time and truly becomes Cruella. Stone’s acting in this movie is superb, her ability to juggle between two distinct personalities had me a stitches and had me honestly wondering if her character has a split personality disorder – it’s just that good.

Opposite of Stone is Emma Thompson, who portrays the movie’s antagonist, the wickedly cruel Baroness, a famed and accomplished fashion designer who isn’t afraid to push her competition off a cliff to secure her spotlight.

Thompson’s performance was so on point that when I attended a press conference with the film’s two Emmas, my hatred of the Baroness rubbed off onto Thompson (I can happily say my distaste melted away soon after she began speaking).

Naturally for a movie focused on the fashion world the costumes were ravishingly well done, causing my jaw to drop with each new signature piece from Cruella or The Baroness. It’s also worth mentioning that the movie nailed the 1970’s fashion that the movies many extras and ensemble characters sported.

One word of warning to the parents reading this. This movie is deliciously dark, which will delight the older audience members, but make the movie somewhat unsuitable for younger audiences. Heed the movies PG-13 rating, please. Don’t assume that this movie is a lighthearted retelling of the animated classic, because it’s not.

That being said, leave the kids at home and go see this movie without them. You won’t regret it.

Magic Time by Monorail News will be featuring a review and discussion of the CRUELLA in its next episode. Subscribe here so you don’t miss it.

In addition, I’ll be discussing the press conference we attended as a bonus episode for Apple Podcast users who subscribe to our new Premium Passport option for $2.99 a month with a one month free trial. You can subscribe here when it launches in June.