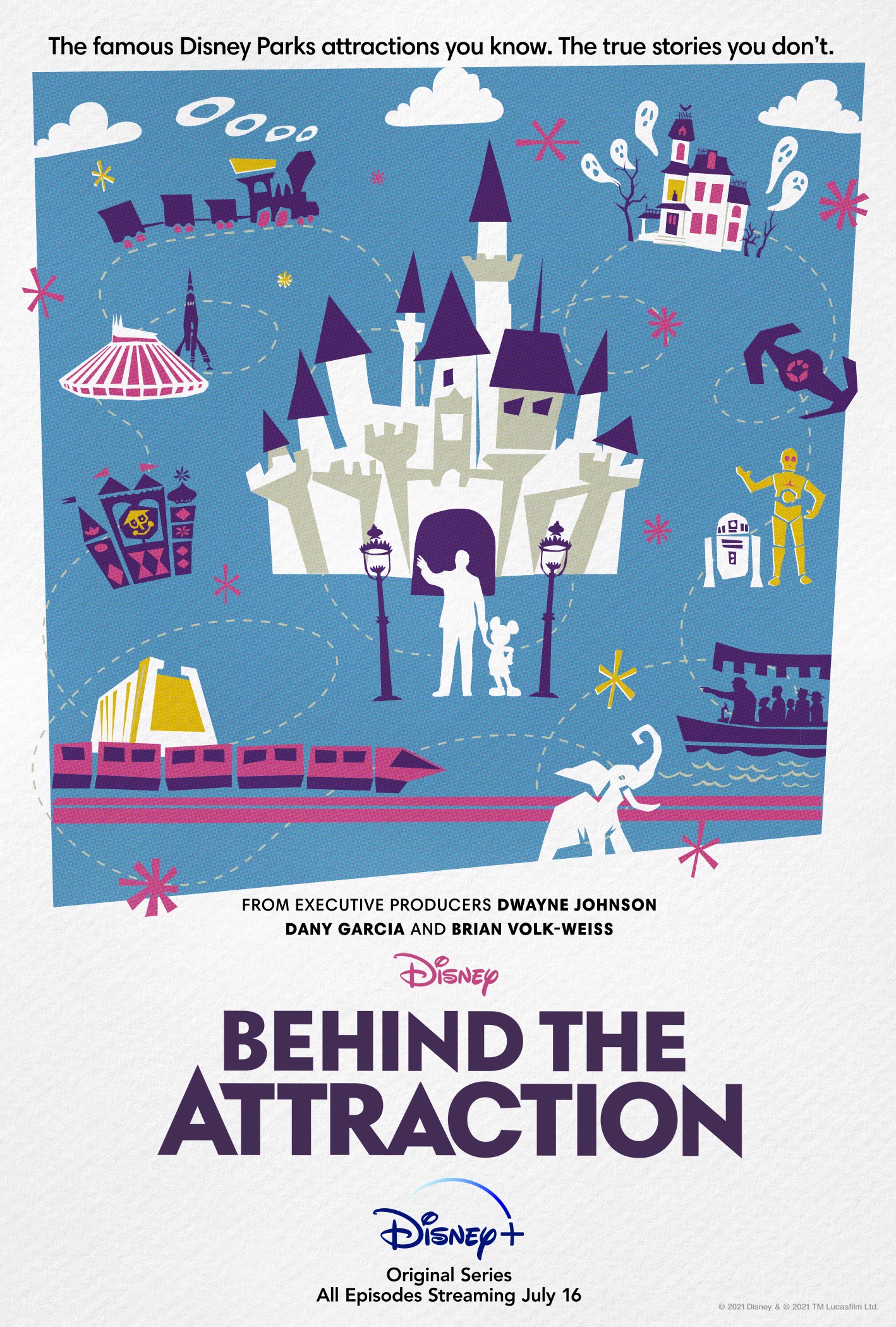 BURBANK, Calif. (June 7, 2021) – Disney attractions around the world have long been enchanting visitors in magical ways for generations. To celebrate the July 30 release of the Disney feature film “Jungle Cruise,” inspired by the Disney Parks attraction which debuted in 1955 with the opening of Disneyland® park, Disney+ will premiere all episodes of its newest original series “Behind the Attraction” on Friday, July 16. The 10-part series, narrated by Paget Brewster, gives viewers an exclusive peek ‘behind the curtain’ of the most beloved attractions and destinations at Disney Parks and Resorts around the world, from Jungle Cruise to “it’s a small world” to the Haunted Mansion to Star Wars: Galaxy’s Edge. Hear the unique story behind each Castle at the Parks and learn how Disney Imagineers designed and built them and discover the intricacies of the transportation systems at each park, and how the iconic Disneyland® Hotel came to be.

“Behind the Attraction” delves into Disney Parks’ rich, amazing history using archival and never-before-seen footage and photographs to unveil how the attractions came to be and how they’ve been refined over the years as new ideas surface and technology evolves.

“Getting to work with Disney AND Seven Bucks has not only been the honor of my career, it was also a LOT of fun, which I hope people will feel when they watch the show!” adds Brian Volk-Weiss, executive producer and director.

Including rare interviews with Walt Disney, each episode also features exclusive interviews with Disney Legends and dozens of past and present Imagineers, including Bob Weis, Jeanette Lomboy, Kim Irvine, Scott Trowbridge, Tom Fitzgerald, Scot Drake, Carmen Smith, Joe Rohde, and others who divulge insider secrets of the parks and how iconic Disney attractions were brought to life. Revealed for the first time are the wild stories of how the Haunted Mansion was filled with 999 happy haunts, how the Twilight Zone Tower of Terror™ transformed into Guardians of the Galaxy – Mission: BREAKOUT! (while defying gravity in the process) and why Space Mountain took so long to launch.