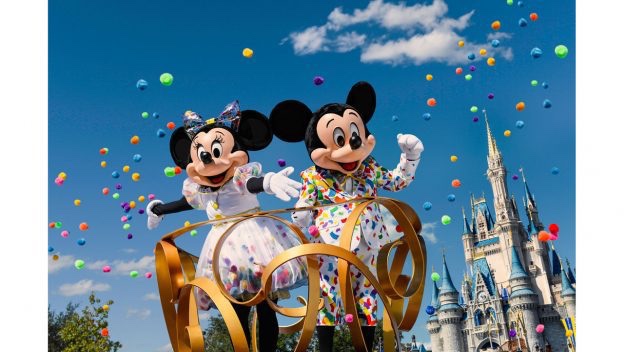 “The looks that Mickey and Minnie will be wearing to celebrate their 90th anniversary represent all of the colorful exuberance of a party and birthday party decorations, complete with confetti, balloons, pompons, streamers and more!” he said. “These playful bursts of color and texture are set against crisp white, meant to evoke the nostalgic feeling of frosting, crisp linens and tissue paper.”

The new outfits will be debuted at Walt Disney World Resort in the new “Move It! Shake It! MousekeDance It! Street Party,” starting January 18 during Mickey & Minnie’s Surprise Celebration at Magic Kingdom Park, a limited-time celebration that will include new entertainment, merchandise and specialty food and drinks.

They will also be featured at:

World of Disney Stores On Both Coasts Reopen