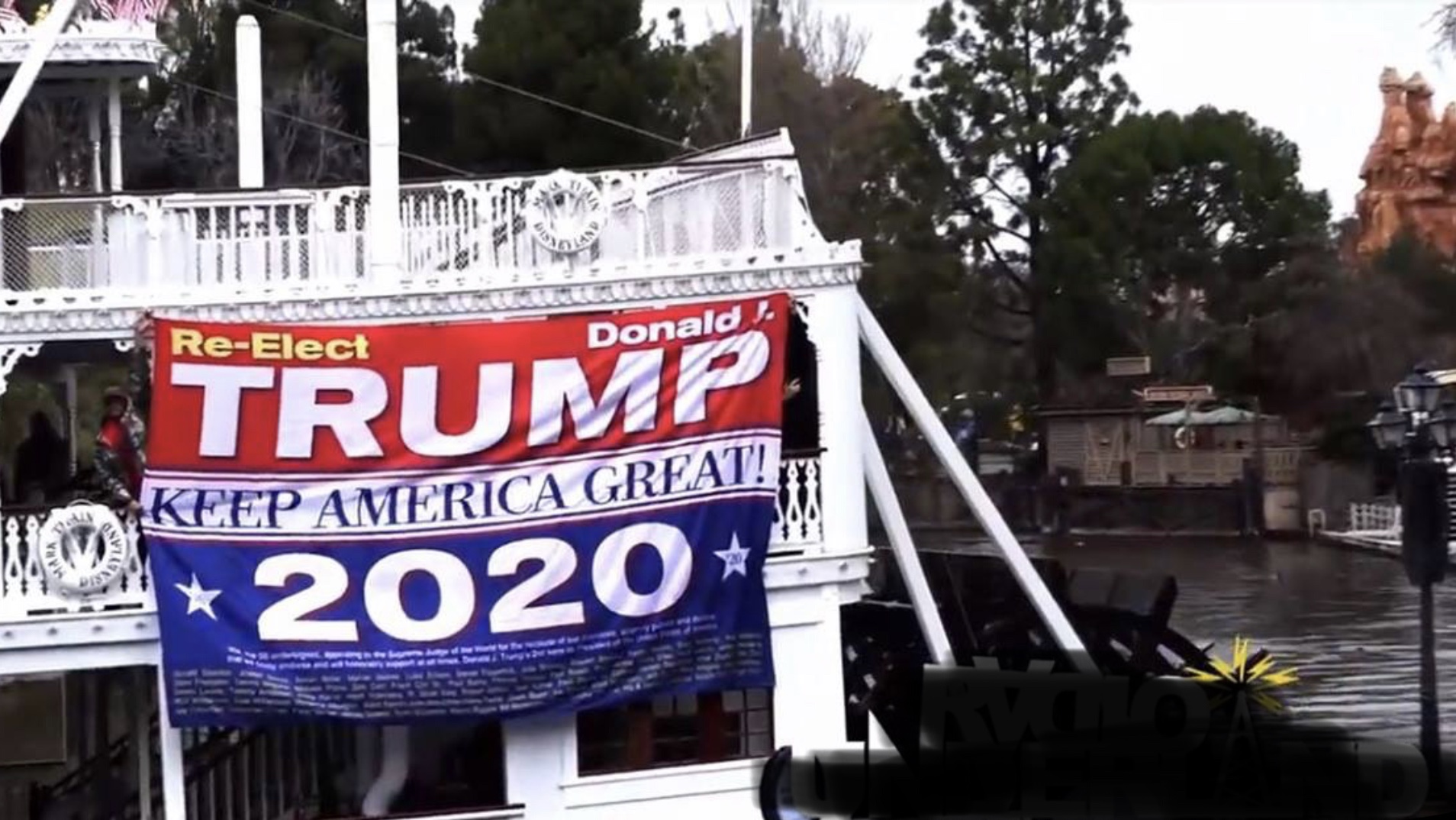 In a late night interview with Monorail News editor Gray Houser, Don Cini, the “Trump Banner” Guy, said that he’s as big of a fan as they come of Walt Disney, but that Disney, under the leadership of Chairman and CEO Bob Iger, has besmirched the Disney name.

He alleges that Iger should take the unprecedented move of taking away ABC and ESPN’s editorial independence to bring them into line with the views that he believes Walt and his nephew Roy E. Disney would be proud of as exemplified by President Donald Trump. “The View is a Disney product. ESPN is a Disney product,” he said, “it’s shameful.”

Furthermore, Mr. Cini alleged that Roy E. Disney would “love what I’m doing, you know that.”

In what is now known to be the latest in a string of related incidents, an individual, Don Cini, a self described “America supporter” who just happens to support Donald Trump “second” “flag dropped” a “TRUMP 2020” banner off of Disneyland’s Mark Twain riverboat. “I’m glad that we have a president who finally puts America first,” he said, “every country should put themselves first.”