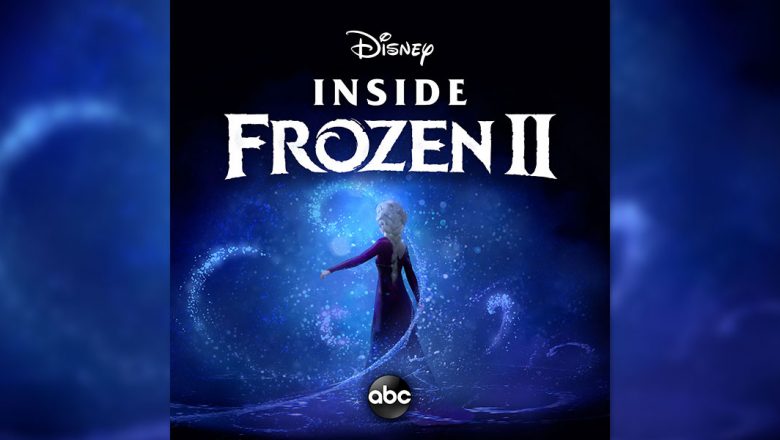 Want to learn everything there is to know about the world of Arendelle in a fresh new way? Then make sure to tune into ABC Audio’s new podcast—Inside Frozen 2—debuting Wednesday, November 20 (just a few days before Frozen 2’s theatrical release)!

The six-part podcast series, produced in collaboration with Walt Disney Animation Studios, takes listeners on a rare deep dive into the making of the sequel to Frozen, the biggest animated movie in box office history. Hosted by ABC News Chief Meteorologist and Good Morning America stalwart Ginger Zee, the series’ first episode features an interview with Kristen Anderson-Lopez and Robert Lopez—the married duo who wrote all seven new original songs for Frozen 2 and won an Oscar® for Frozen’s iconic song “Let It Go.” In the series, the Lopezes will not only talk to Zee about their creative process (and the evolution of songs from conception to completion), but also give some intimate piano performances, previewing highly anticipated songs from Frozen 2 including “Into the Unknown.”

Inside Frozen 2 will be available for free on Apple Podcasts, Google Podcasts, Pandora, Spotify, Stitcher, TuneIn, and the ABC News app—with new episodes releasing every Wednesday, concluding on Christmas Day. And guess what? Video versions of each episode will also be available on ABC News Digital! So mark those calendars and join in on all the Frozen 2 fun…

“Can I Call My Mom?” More Video Emerges of Patrick Spikes, AKA BackDoorDisney, Being Detained Following Attempt to Conceal Evidence After Police Questioning