Disneyland to Use LIDAR Equipped Helicopters to 3D Map Resort

Disney to Retheme Splash Mountain to "Princess and the Frog" 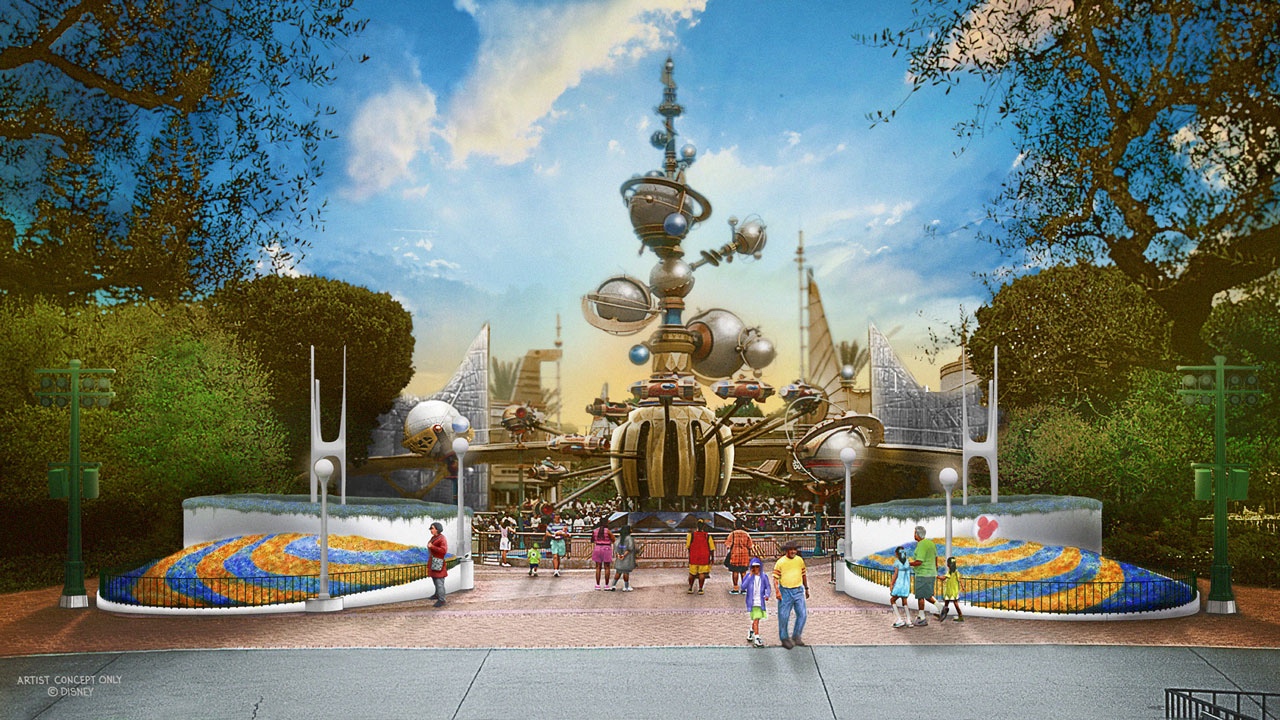 As part of Project Stardust, the Disneyland Resort—and specifically Disneyland park—has been undergoing a number of enhancements to continue to deliver a world-class guest experience. The enhancements have ranged from overall beautification of the theme park to maxi­mizing guest flow. The latest of these efforts include a new entrance for Tomorrowland.

If you’re in the parks this holiday season, you’ll notice work is currently underway. A new look will be completed in 2020, but we wanted to share a first look with you today!

When planning, Imagineers wanted to open up the space and improve access into the land. However, it was important to maintain its overall complexion—with trees and beautiful planters. As shown in this rendering, guests will soon be entering Tomorrowland on a widened pathway lined with elliptical planters that are filled with swirls of colorful flowers.

You may recognize that this new threshold into the future pays homage to Tomorrowland entrances of yesterday. Disney Imagineer Kim Irvine noted, “Tomorrowland has always represented a feeling of optimism. [Imagineer] John Hench originally designed the land with this notion of being wide open to innovative ideas and technology. When we started looking at the different Tomorrowland entrances through the years, both the 1955 and 1967 versions had a very optimistic appeal which resonated with us.”

When “new” Tomorrowland debuted in 1967, Walt Disney and his Imagineers envisioned this land as a “world on the move,” featuring a variety of futuristic vehicles zooming around and the Googie architecture that had become representative of the Space Age. Today’s Imagineers are creating Space Age-inspired spires, which will flank the entrance.

Disney+ Subscriptions to be Sold in Disney Parks