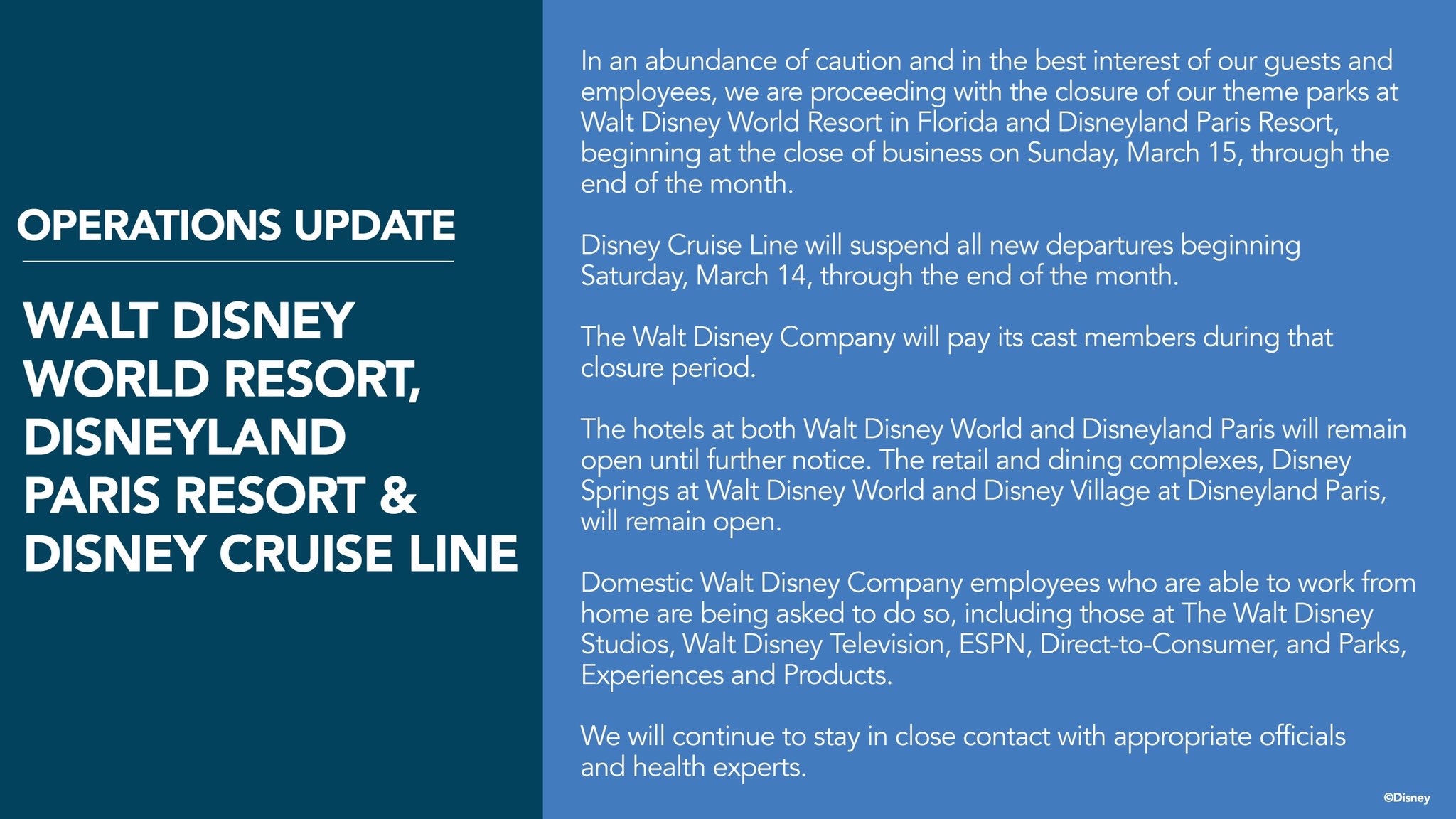 Disney has just announced that all four of its Walt Disney World theme parks and its two theme parks at Disneyland Paris will be closing Sunday, March 15th. Cast Members will continue to receive wages.

The hotels at Walt Disney World and Disneyland Paris, along with Disney Springs and Disney Village will remain open until further notice.

Disney Cruise Line will be cancelling all cruises set to depart on or after Saturday, March 4th.

All of these closures will go until the end of the month.