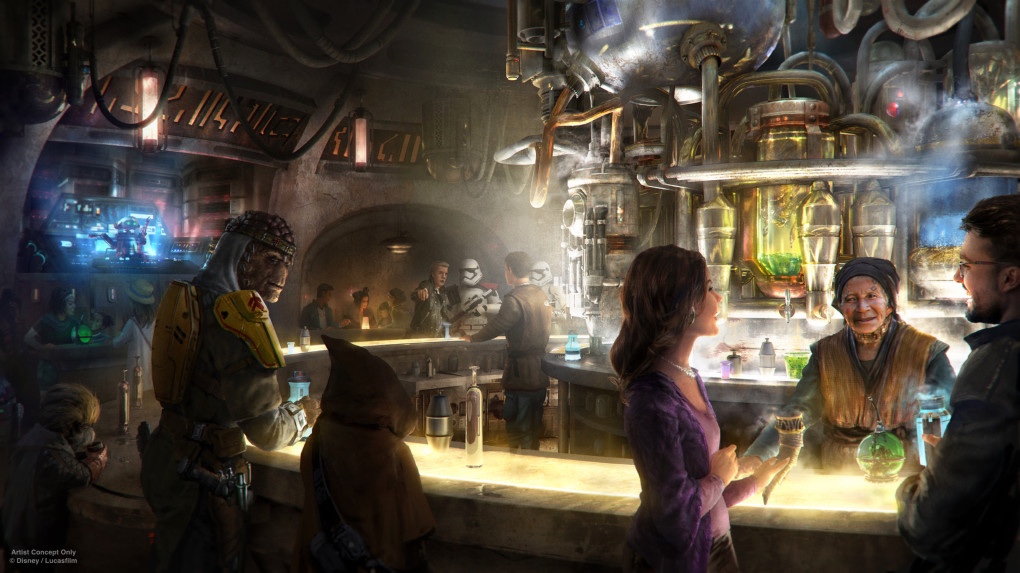 It hasn’t been cheered by all but alcohol is about to make its debut in Disneyland. And not just any alcohol. News released today by the Orange County Register is good news for all who plan to enjoy an adult beverage in Galaxy’s Edge.

Oga has placed orders from some of the countries top craft brewers and cider makers as well as near by Sonoma wineries. Boston Beer (maker of Samuel Adams Boston Lager and Angry Orchard Ciders), Sierra Nevada, and New Belgium are the top name brands as well as lesser known San Diego based brand Ballast Point, which also operates a Microbrewery and Restaurant in Downtown Disney, and Blue Point (New York based, Anheuser-Busch Craft brand).

Brian Koziol, Disney World Food and Beverage Concept Development Director, has stated that both coasts will have the exact same beer offerings. However, Disneyland has brought on close by Goldschmidt Vineyards to provide the wine for Oga’s in Disneyland’s Galaxy’s Edge. The famed teal-colored Toniray will be offered as well as an Imperial Guard Red wine.

Whether you wish to partake in the alcohol or not, Galaxy’s Edge food and drink offerings are sure to excite!