What Iconic Star Wars Ships Will You See Flying Past at Star Wars: Hyperspace Lounge Aboard the Disney Wish? The Millennium Falcon and the Halcyon to Name a Few
Advertisement

Brand-New Spa, Salon, and Nightlife Experiences for Adults Coming to the Disney Wish 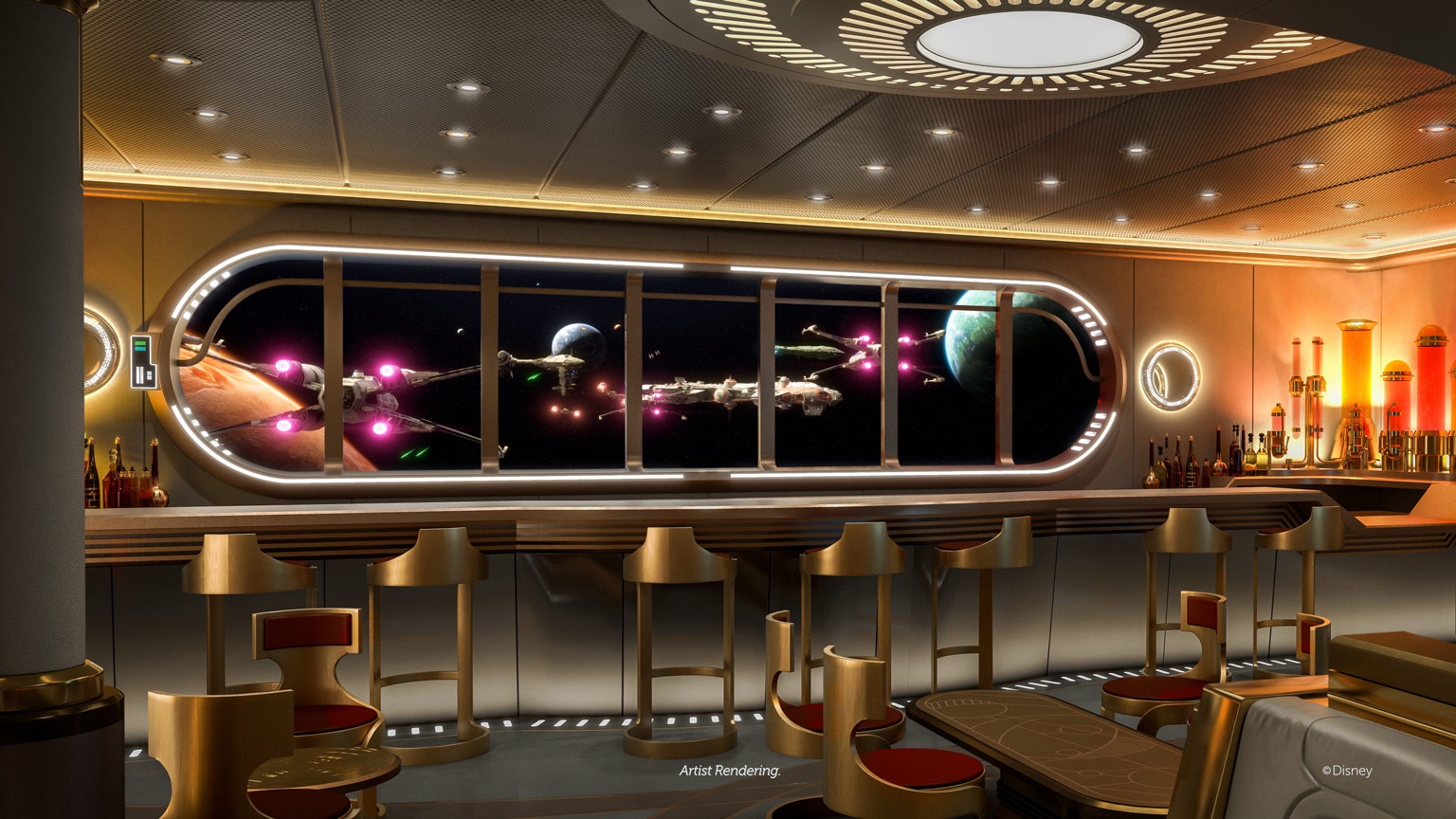 Disney Cruise Line’s Star Wars: Hyperspace Lounge will bring Canto Bight-like flair and fancy galactic beverages to the Disney Wish. But that’s not all fans will experience when the ship sets sail in 2022.

While passengers travel the galaxy, they’ll be treated to spectacular views through the lounge’s widescreen viewport — including encounters with starships of all kinds. So far, five planet destinations have been announced and StarWars.com is thrilled to reveal the full list of fighters, freighters, cruisers, and more featured at these stops.

As for why you’ll be seeing these starships, you’ll just have to experience Star Wars: Hyperspace Lounge yourself to find out…

The Naboo N-1 starfighter as seen in Star Wars: The Phantom Menace.

The Imperial TIE fighter as seen in Star Wars: A New Hope.

The Razor Crest as seen in The Mandalorian.

The Resistance X-wing fighter as seen in Star Wars: The Force Awakens.

The Nebulon-B frigate as seen in Star Wars: The Empire Strikes Back.